News > Does Your Title Make You a Leader?

“No,” says Dasher’s president, Tracey Glenn, “leadership isn’t tied to a title but rather to an individual’s behaviors and actions.”

Tracey says, “leaders often have a similar value set even though they have all sorts of different professional roles and titles.”

We all have examples from our own lives and from media reports of people who have a position that gives them authority and they rely heavily of their positions to force people to act and make decisions that are questionable.  Authority stems from the position a person holds and the responsibilities assigned to that position.  Titles do not convey leadership skills.

Having authority is not required to be a leader nor is authority even a component of leadership.  Tracey says, “Having authority makes it ‘your call’ and your responsibility for what happens. There is no such thing as ‘having leadership.’  That is because leadership stems from the person and their relationships with other people.”

Leadership is the learned ability to inspire the people around you to take actions that are in their best interests.  Leadership is a place in the hearts and minds of others that must be earned.  It is a skill that you can develop, like fly fishing or cross stitching.

At Dasher, everyone is called to be a leader.  We want everyone to have leadership qualities because leaders stay focused on collaboration and team goals.  Our teammates have credibility with each other.  We believe each other and we believe in each other. What we say we will do, we do.

Dasher’s core values are the springboard to developing everyone into a leader because leaders consistently live according to strong guiding principles.  With our core values the main focus behind everything we do and say, we model dynamic leadership, which is leadership in action.  Here are the leadership qualities that are also our core values:  caring and respect, able to learn, team player, customer focused, accountable and positive.

Organizational leadership is inspiring people in the organization to make decisions that are in their best interests and in the best interest of the organization.  The good news is that you do not have to seek more authority to be a leader, but if you are a good leader, chances are you will be sought out to take on more responsibility. 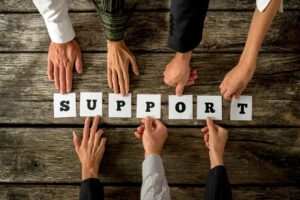 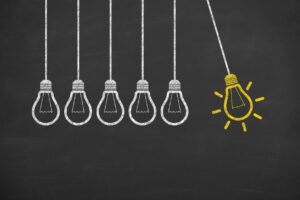