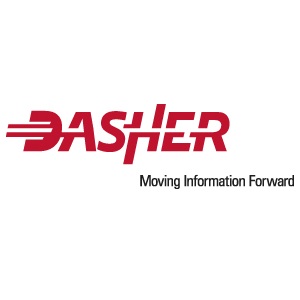 The Flywheel on Data Security

Don’t you just love it when someone else brings up a topic that you love to talk about?  Recently, in a conversation with Ed Dame, Chief Information and Security Officer at Dasher, Ed mentioned the flywheel concept.

This is straight from Jim’s book, “Turning the Flywheel, A Monograph to Accompany Good to Great.”  Jim writes,

As Ed pointed out, the flywheel on data security is really picking up speed at Dasher.  With consistent, dedicated effort to turn the flywheel, Dasher became SOC 2SM Type 2 certified meaning that Dasher passed a rigorous audit of its internal controls, meeting the security, availability, and confidentiality standards set by the American Institute of CPAs (AICPA).

After achieving SOC 2SM Type 2 certification, Dasher pushed harder on the flywheel, took its game to an even higher level, and is now HITRUST Certified.  HITRUST CSF Certified status places Dasher in an elite group of organizations worldwide that consistently adhere to and document a comprehensive and flexible framework of prescriptive and scalable security controls.

Thinking about the effort put into data security for the last 4 years, Ed said, “Now we have a proactive look at security.  We have integrated security into the culture at Dasher where it has become an important part of what we do for our clients to provide them with the best service possible.”