News > How the SmartDollar® Program Turned Around a Life

How It Really Works

Dasher team member Joe Leaks says that “Saving money was not always a common thing for my family growing up.”

He then read the book by Robert Kiyosaki titled, “Rich Dad Poor Dad.” It completely shifted his paradigm on money and how he should use it.

But he kept struggling to end his money problems. He was at a loss on how to save enough money and support his large family.

Everything changed when he enrolled in SmartDollar®, offered by Dasher to all team members. It guides team members through a series of seven “baby steps’’ ranging from saving a $1,000 emergency fund (which Dasher helps team members establish) and paying down debt to investing 15 percent of income into a retirement fund.

“SmartDollar® helped me put a budget in place with definite goals,’’ Joe says. “My grocery bill was always a problem. Once I was introduced to SmartDollar®, everything started to make sense.”

SmartDollar® lessons include how to look for sales, use coupons and other money saving methods. Joe says he was able to cut his monthly grocery bill from $400 to $200.

“By placing a number on the grocery bill, it allowed me to be proactive and not overspend on items I don’t need,” Joe says.

Joe is now working on Baby Step 2 of the program: paying down debt.

“I’ve already paid off one credit card, and I’m one paycheck away from knocking off another,’’ he says. “My goal now is to pay off the last credit card.’’

Joe says he is looking forward to tackling the third baby step – putting aside a larger emergency fund that can sustain his family for three to six months.

“In the short time that I’ve worked at Dasher, my perception has changed,” Joe says.  “Dasher lives out its core values, and when you are intentional about those same values, your personal life starts to change as well.”

Joe says that the value that has impacted him the most is being “accountable.”

“Everything that I learn here at Dasher helps me develop the skills to grow professionally,’’ Joe says. “The key, in my opinion, is to be laser-focused and intentional with the steps and tools Dasher gave me.”

These kinds of stories are the kind of golden ticket to happiness that money can’t buy. Great work, Joe!

Dasher is a data-driven, customer contact services operation with a focus on communicating complex messages to diverse populations. Specific capabilities include face-to-face communications provided by our field teams, customer engagement strategies provided by our call center and member engagement staff, and secure, complex, variable mailing services provided by our production team. Dasher is an experienced Minority, Women and Disadvantaged Business Enterprise (MWDBE) with a bestselling book, “The Talent Pool,” and is certified by AICPA with the SOC2SM Type2 data certification and validation. 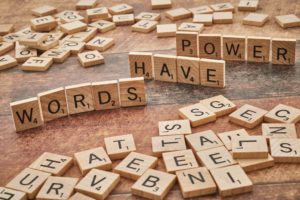 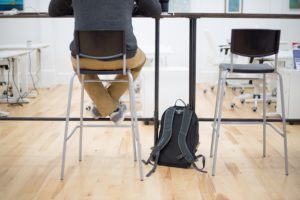